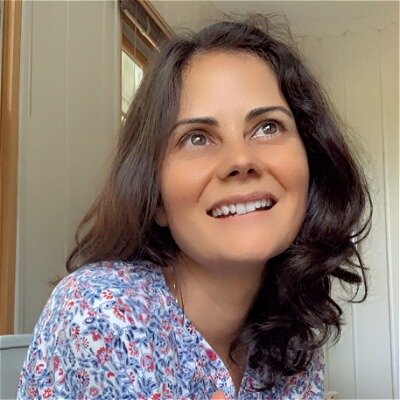 Hilal Isler lives in the Twin Cities. Her work has appeared in The Paris Review, The Brooklyn Review, and Los Angeles Review of Books online. She edits the Hennepin Review.

The tiles were white in our Bodrum rental home, making the scorpions easy to spot. King Scorpions, Cobra Scorpions, scorpions flattened against porcelain, tails curled, ready to sink their poison into unsuspecting flesh.

To the north of us, tanks rolled from one part of Europe into another: men staking claim, setting fire to lands and lives not their own. The moon was a silver hook the night of the party. The host fed cedar branches into the flames. I glanced at the guests: British, Russian, German. Lipless landlords swilling wine, their teeth long.

The fish, freshly caught not two kilometers away, demanded attention and a delicate hand. My husband had been the one to flip the grill basket over and again. The meat was pristine: white and sweet, and when it melted on the tongue, it came as a surprise.

The hostess of the party had pale, wolfish eyes. Her voice was slow, her dry mouth full of malice. The Turks don’t have a tradition of reading, wouldn’t you say? Their newspapers are all tabloid quality.

The suffering was close here, yet we were able to ignore it. My husband dug at the ancient Greek site. I squeezed lemon into my hair and baked under the sun. The wolves turned their backs to the gates, eyes trained west.

The home they rented us that summer was guarded by a high wall, removed from the fray. On nights it was too hot to sleep, I slipped out of the cotton bed I shared with my husband and climbed onto the roof. After the dinner party that evening I had done so, scaling, scaling the metal ladder steps with bare feet, the air puffing the skirt of my nightgown. I smoothed the fabric, sitting cross-legged on dust-caked tiles and craned my neck, trying to see the camp just outside town. I imagined the men: deflated, unshaven; the women and children, their faces slack as the outdoor television flickered its sad light.

The following day, my husband carried a rain boot in from the garden and tilted it up to me. I was sitting at the kitchen table, stringing green beans, snapping the ends off with the nail of my thumb. Look inside, my husband said. The baby scorpion seemed frightened. It cowered against the toe, a tiny hook poised to strike. I widened my eyes.

The scorpions were everywhere that summer. An infestation. It was all the gated community could talk about. The men who tended to our gardens shook their heads and patted sweat from their brows with folded up rags. Every other day another nest was discovered.

The gardeners had finished their season by the time I found the girl. The tourists had long packed for home. The days were shorter. We pulled cardigans over our tan shoulders at night. My husband and I would return home to Istanbul, to the university, soon enough.

She had been sitting alone, shaded by a broad-armed oak tree that spread its grace over her: the field sun-crisped and quiet for miles. I didn’t spot her at first, but when she toppled suddenly onto her side, my eyes leapt and I bounded to her. She clutched her leg, the scorpion twitching beside her. I asked if she was okay and she looked up at me blankly, so unblinking and hollow that I thought for a moment she might be dead.

I crouched lower still. Let me carry you, I said, absurdly. She was young, but so was I: small and weak. The girl said nothing. My heart a hammer, I straightened and squinted across the field. There was no one but us.

I’ll carry you to my home, I said again, firmer now. We can ask for help. An ambulance. The police.

No police, she said sharply. Her eyes were red, like a sheep. Are you fucking stupid?

Inside our rental home with its clean, white tiles, I lifted her feet carefully onto the ottoman. I pressed at the wound with a sponge soaked in soapy water. I applied a cool compress and brought a glass cup to her cracked lips.

A doctor? I tried again. Tabeeb?

When I left her to go to the bathroom, I thought about leaving the door open but didn’t. My pristine plumbing was an embarrassment, the claw-foot tub a slap in the face. By the time I returned to the room with its ottoman and compress, she was already gone.

By dusk, my husband had come home. He slipped off his shoes, padding across the tiles to me. We ate in silence. That night, alone and foolish atop the roof, her camp was all I could see.

“ Foreign nationals—mostly German and British citizens—own about $15 billion worth of land in Turkey. The country is also home to roughly 4 million Syrian refugees, many of whom head to the coasts during high season, in search of jobs. I wanted to write a short of-the-moment piece that captures the volatile, shifting-sands feel of what it is to be in Turkey navigating class tensions—tensions that are rooted in place and history and race. I wanted to explore ideas of saviourism and liberal guilt. The scorpion thing is partly an homage to my late mother. One summer, in Bodrum, while I cowered in fear over the sight of a scorpion, I watched my mother pitch one of her high heel-shoes across the terrace at the animal, killing it immediately and on impact, the stiletto a deadly spear. ”