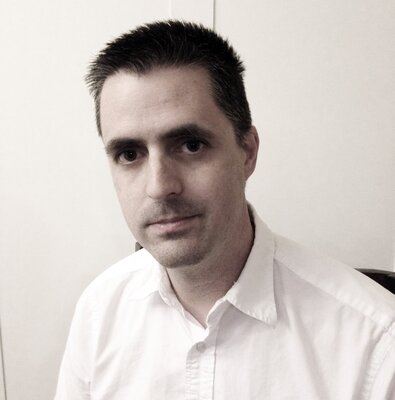 That’s what Jake says. Except he says Manfred, and we all say who? as if we don’t know who he means. It’s late November, and we’re behind Jake’s new place in our camo and orange vests. We’re puffing into our hands and passing around a flask. We’ll shoot round after round into our empties, then smoke a bit but not too much. We’ll tell our wives how we almost got a six-pointer, and they’ll pretend to care.

Manfred who? we say again and wink at one another, but Jake doesn’t notice.

You know, Mayonnaise Manny. He’s gone. Jake says this in that hushed voice of his, like that one time a few summers back when he told us he fucked up, his pupils still dilated, his eyebrows singed and smelling of smoke. They never did pin him for the fire.

And we almost believe him. Almost. We all know Jake’s a liar.

It was years ago when Jake told us about Manny, about how he’d come back. This was when Jake was still working, when he still had his front teeth. Clay didn’t believe him. Shelby said he’d heard the same from his cousin. Riggs, who didn’t grow up here, said nothing, so I told him how Manny disappeared back in high school, just weeks before graduation. How he got hauled off in cuffs. How he stared at me, at all of us, or maybe nothing at all, before the cop shoved his head into the cruiser, and then he was gone. He’d lost his glasses in the scuffle. Jake found them later. One of us threw them in the pond across from the high school, but we can’t remember who. But now he was back and going by Manfred, Jake told us. And he was different. Different how? we asked, trying to gauge whether Jake was full of shit or not. But Jake wasn’t lying. Manny was back. He still stammered, still had bad skin, still walked with his toes too pointed and his ass too stiff, like you knew he wanted to swish it about but was afraid we were watching—and of course we were. He may have gotten contacts, may have lost weight, but he was still that fat kid who, the way Jake tells it, shoved a hotdog up his butt in seventh grade. He was still Mayonnaise Manny.

How do you know he’s missing, Clay asks, but Jake only shrugs and lies back. He smoked more than the rest of us and is coming down fast. The fire’s dwindling. Riggs throws another branch on it. Sparks burst off it and shower Jake, but he doesn’t flinch. He’s skinnier than we’ve seen him in a long while. We know Manny brings him meals sometimes; at least he used to.

None of us bag a deer that weekend, and our wives don’t let us go out over Thanksgiving, and it’s December by the time we see Jake again and hear about Manny’s aunt. Jake swears he wasn’t breaking and entering, says he was let off with a warning despite her television gone missing, the steak knives, the costume jewelry that’s pawned the next county over. And her second-best wig, the red one she’d wear on Fourth of July. Manny wouldn’t take her things, Jake says. It was probably just kids, those band kids Manny always hung around. He says the police thanked him for calling it in, like he’s a model fucking citizen, that with the cold weather it might’ve been weeks before anyone smelled her. He says that he wasn’t about to look at her, all shrouded and deflated, as if the bed was absorbing her. Says he thought she was Manny at first, until he saw the one leg shorter than the other.

It was on account of her that Manny moved back in the first place, carrying nothing but a duffel bag and a backpack. He cleared a space for a cot in her sewing room and set up an office at her kitchen table. None of us knew what he did there all day. Probably games or porn. He didn’t do any real work except mow the band’s practice field come marching season, and he did that for free. That, and taxi his aunt around in her beat-up Fiesta. She couldn’t drive anymore, not since losing the foot, and Manny would pull into the Citgo for her cigarettes and Lotto tickets once a week. He’d say hi to Shelby’s kid sister who played trumpet and still talked about applying to college, even though she got a D in my chemistry class, even though we all knew she’d go work with Shelby at the dealership once summer rolled around. She said he didn’t buy cigarettes the morning he disappeared, only the same scratch-offs with his aunt’s favorite numbers—all duds like always. Then he got into the Fiesta and vanished into the mist. That was a Friday, when a bank of fog clung to the pines far into the afternoon and still blanketed the town deep into the night, so thick we could barely see our football team lose the last home game.

There’s an obituary in the paper, just two sentences, doesn’t mention that it was an aneurysm, doesn’t mention Manny’s disappearance, or even if there’s a memorial planned. The front page is all about the ice storms that raged across the county, the power outages, the cancellation of the Christmas parade that Manny always walked alongside. He’d carry a thermos of hot chocolate for the band kids, a donation jar in his other hand. He’d rattle the jar at the chests of parents, even those of us he went to high school with. Then he’d lock onto our eyes and not look away, not until we fished out some quarters, some dollars, maybe a five, and slide them into the plastic jar. Then he’d release us, his jaw tight as he said thank you, said God bless. We never did hear what he did with the money.

Jake swears it wasn’t drugs. Swears Manny’s arms weren’t riddled with needle marks, that the reason he always wore long sleeves, even on those 90-plus days when he’d be sweating on the riding mower, was because of embarrassing tattoos. Or that’s what Jake used to say. Said it was tattoos once, then scars. From a lawn mower accident. From liposuction. From an IED. Clay tells him he’s full of shit, no way Manny saw combat. Not Mayonnaise Manny. Shelby asks how he’d seen him with a shirt off in the first place, but Jake just shrugs, says it was what he’d heard. Says Manny even got a Purple Heart, and we all laugh, even Riggs. As if the army would take a freak like Manny. Not after that fight his senior year and his expulsion. The same year he bragged about a scholarship to some conservatory nobody ever heard of. The same year he bawled those fat-boy tears in the parking lot behind the band room, his trombone slide bent and splayed.

Not that it was the fight that got him kicked out—he’d been in plenty before, always the one to turtle down and take the punches, always too stupid to run to a teacher for help. None of us remember how it started, just Manny taking swings for a change. His fist missed Jake’s toothy snarl by a mile, but he caught him in the head with the arc of his book bag, weighed down with what seemed like a cinderblock considering the amount of blood, the broken nose. The scar from the stitches is still visible below Jake’s left eye. The way Jake tells it, it was no big deal. So what if his book bag was filled with box after box of ammunition. It wasn’t Manny’s fault that Columbine happened that year.

They didn’t even find a gun.

He was too much of a pussy to have a gun, Clay says, and we all agree, even Jake. Manny never came hunting with us. Wouldn’t even handle Jake’s pistol on those summer nights when he’d visit for a pick-me-up between scripts, when he’d join us behind Jake’s trailer, before it burned down. We’d be high as fuck and firing Jake’s old .32 at the pocked clay, missing the cans and bottles he’d line up. Manny would grab his gear then drive off, sometimes with Jake, heading arrow straight toward the reservoir, their lights off on those swollen, moonlit nights, when the road glowed pale and blue beneath their tires. They’d build fires out there, at the edge of everything, or sometimes just sit in the car, flipping through the AM dial, trying to get a distant signal from Atlanta, once getting one as far as New Orleans that hissed out strains of jazz between the static.

We didn’t do nothing, Jake’s telling us. It’s March, the weather warm enough that Jake’s stripped off his shirt, and in the dusky light his skin looks almost translucent, like he might fade away. It’s not like what y’all think. He just liked music. Said he could hear it best out there.

And that year he first disappeared, when I was in college and stoned, I might see a freshman crossing the quad, head down and struggling with a too-heavy book bag, and I’d ask, Isn’t that Manny? But no, it was just some no-name, and I’d turn away.

Now I still say that whenever I see some fat kid in the corner booth of Huddle House, until I remember that no, Manny’s not a kid anymore. Manny’s not fat anymore. But still I look out into the parking lot for the Ford Fiesta that was found a month ago, its front tires mired in a foot of sludge, its taillights shattered, a family of possums nesting in the back seat. This was two states away, deep in alligator country. Jake says the authorities won’t investigate. Just another abandoned car. No signs of foul play, no signs of anything. Just Manny’s old book bag, brimming with wadded up clothes, some empty pill bottles, and his aunt’s red wig. And underneath it all, two boxes of ammunition—they never said what kind—but no gun. No Manny. Not even his ghost.

“ When I write about place, I’m inevitably drawn to the South. Unlike Manny, when I left after high school, I never moved back. But places, like people, haunt you. Manny is the ghost of so many people I’ve known. ”